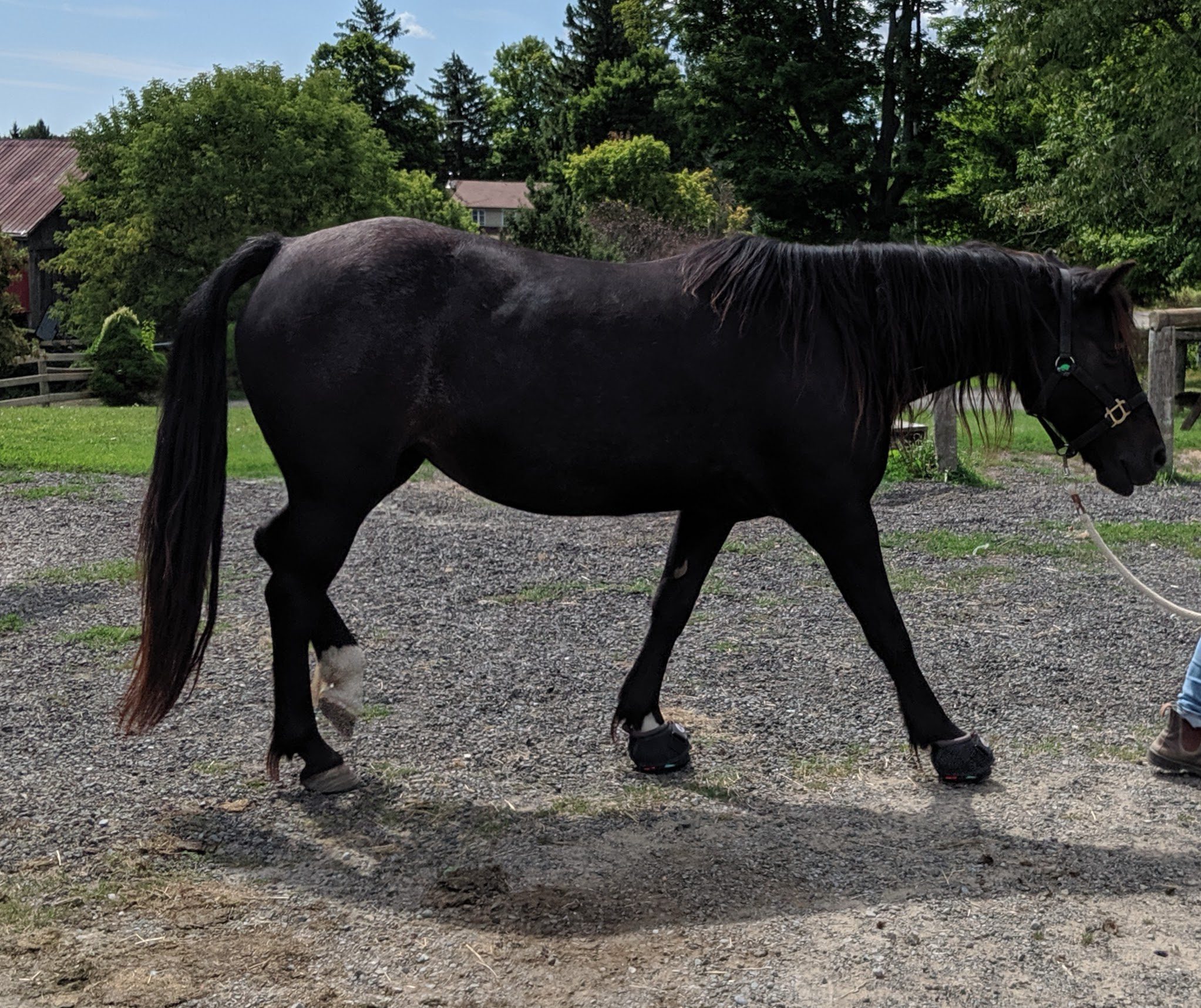 Cheyenne had foundered severely (11 degree rotation in one hoof, 19 degree in the other), she was put on a low starch diet and a regular hoof care program but her healing had stalled. Eggbar shoes were tried for a number of cycles but she did not improve much, she also became very adverse to having the shoes re-set as the nailing was causing her pain.

We were called out to see her in August 2019 to fit her into boots as she was still unsound. We took photos and explained to the owner that we would not be able to fit her into boots based on the distortions in her feet. We found her to have long toes, high heels, likely a high palmar angle, stretched white line (capsular rotation), and very thin soles (less than 10mm). The owner then allowed us to take over Cheyenne’s hoof trimming. She was fitted successfully with Cavallo Hoof Boots and Easycare Pads boots after her first trim and has been on a 4-5 week trim cycle since. Artimud has been doing a great job at keeping thrush at bay. The owner reports that Cheyenne is much more sound – even on gravel, and only needs to wear her boots when the ground is frozen and lumpy.

Thank you for your message!

One of our amazing hoof care professionals will be in contact with you shortly!

In the meantime,  join us in our online community: